FREE SHIPPING On Orders Over $49.00
PRICE MATCHING*
SIGN UP FOR EXCLUSIVE OFFERS

Bathe In A Cloud Of Oxygen

It’s all about the bubbles. Oxygen-rich microbubbles, to be precise. Our patented process supersaturates the water with billions of these little wonders, increasing oxygen levels by up to 70% and providing a truly unique and beneficial bathing experience.

Unlike traditional air bubbles, MicroSilk® microbubbles are small enough to enter pores and remove impurities. The microbubbles collapse deep in the water, releasing oxygen and heat energy. A MicroSilk® bath is like giving your entire body a facial, making your skin feel luxuriously silky and younger looking.

MicroSilk’s® microbubbles are loaded with negatively charged ions. Negative ions are known to improve serotonin levels, neutralize free radicals and relax the mind and body. The anions are released at the surface of the water and work to balance the autonomic nervous system and fight cellular damage. 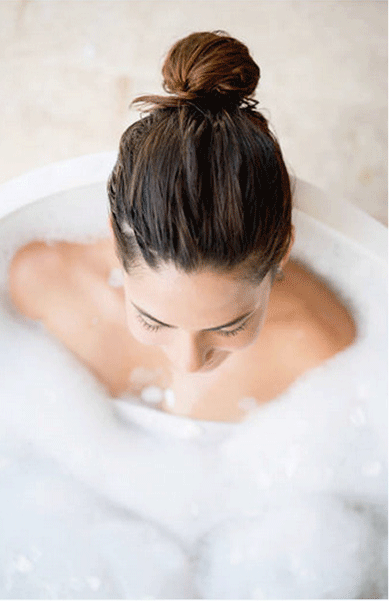 The Many Benefits Of A Microsilk® Bath

A Facial For Your Entire Body.

The experience of a MicroSilk® bath is like no other jetted or soaking bath you have ever experienced. Unique, not just in its amazing benefits, but also in the gentle, relaxing, and effervescent sensation it provides. It is like a facial for your entire body – including your face and scalp when you use the MicroSilk® bath wand.

After filling the bath with warm water, the press of a button starts the MicroSilk® pump. From a single port on the sidewall of the bath a thick stream of oxygen-rich microbubbles starts immersing into bath water. Within two minutes the entire bath is filled with a cloud of wet oxygen. Without any added chemicals, the water texture has changed to feel silky.

As the microbubbles implode under the water they create heat energy allowing the water to maintain its temperature and even climb a degree or two. This allows for an improved “sauna effect” opening pores and relaxing tired muscles without the need to continually add more warm water.

The ultra-tiny (less than 2000th of an inch!) microbubbles start the process of naturally cleansing and moisturizing your skin. The negatively charged bubbles enter your pores, bond to impurities and gently lift them away, leaving your skin fresh, clean, and moisturized.

MicroSilk®, created with oxygen-rich microbubbles, is an innovative water technology patented by Jason International, Inc. for use in a hydrotherapy bathtub. The system immerses tiny gas bubbles into the bath water creating a milky white cloud of oxygen. Suspended under the water, this cloud changes the water texture to feel silky and produces a wispy mist of negative ions at the water’s surface. Together, the microbubbles and the negative ions create a luxuriously beneficial hydrotherapy for skin health and mental well-being.

The technology behind a MicroSilk® bathtub was designed to harness the power of microbubbles for home use. Microbubbles had previously been used in industrial and medical settings to clean and sterilize equipment and foods, but had yet to be cultivated for use on human skin. In 2011, Jason International introduced a system that would gently and efficiently produce these tiny workhorse bubbles in a bathtub. 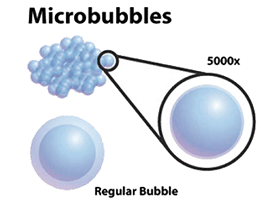 What is a Microbubble? Why is it so important?

MicroSilk® microbubbles are miniature gas bubbles measuring less than 50 microns (.002”) in diameter. While small, they are full of air, generally a mix of oxygen, nitrogen, and other gases. Under Stokes’ Law for Frictional Force the smaller the bubble, the slower it is to rise to the top of the water. Thus, microbubbles suspend in the water and form a “cloud” around the bather. The suspended microbubbles will eventually implode under hydrostatic pressure releasing oxygen and energy, in the form of heat, into the water. This heat energy allows the bath water to maintain temperature and even rise by as much as one degree every twenty minute cycle.

The MicroSilk® Shower Wand and Hose Assembly is designed as an accessory to your MicroSilk® Bath. It expands the benefits of MicroSilk® therapy even more by allowing direct contact with the bather’s face, scalp and upper body.

Daily bathing, as Jason hydrotherapy makes it possible, is a delightful and essential part of your health and wellness routine. Through the Jacuzzi family heritage and well trained hydrotherapy experts, Jason engineers and builds baths in North Little Rock, AR U.S.A. that deliver the most rewarding bathing experience; for the mind, body and spirit.